Yes, that includes Hotmail and MSN users as well.

IT has been reported from today and confirmed by Microsoft that hackers have been able to have full access to their users email accounts to send emails to their contacts and do as they please for months.

The hackers breached a support agent’s credentials and used those to access an unspecified number of email accounts. Microsoft has not stated how many accounts have been affected but has said that no user credentials have been stolen and sent emails to affected users to change their passwords only as a precaution.

It is also believed that the hack was used to unlock Apple iPhones that have been stolen in order for them to be reset.

This is a typical issue for large companies that have very popular email accounts for users. At SecuredMail.App we follow very strict procedures that mean that firstly support agents should never get their credentials stolen but also only those that need access have access in order to do their job. Generally speaking Support Agents do not need full access to a user’s email account. We take security very seriously indeed.

Signup for your SecuredMail.App email account now and get rid of the security problems caused by Microsoft, Apple, Yahoo and Google. Take back control of your eMail. 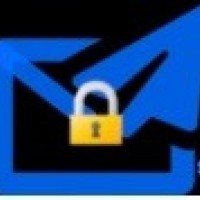 Like!! I blog frequently and I really thank you for your content. The article has truly peaked my interest.

That is great news, come back soon to get some more.

One can learn something new here everyday. Im a regular for most of those blogs, but still didnt know about a couple of them.

Glad you enjoy reading it, please come back again soon for some more.

hello I love the header of your blog, it is a personal creation?

Hello, Yes it is. Thanks for noticing it.

Everything is very open with a precise clarification of the issues. It was truly informative. Your website is useful. Many thanks for sharing! Hollie Skell Grew

I think this is among the most important information for me. And i am glad reading your article. But wanna remark on some general things, The site style is wonderful, the articles is really excellent : D. Good job, cheers Laureen Jerrome Vasiliki